Greetings from a very wet and windy Oban! I’ve been here to adjudicate the clarsach (Scottish harp) competitions at the Oban Mod.

I’ve a wee bit of waiting till my lift back to Glasgow, so I thought I should take the chance to write a blog. As I type, I’m surrounded by beautiful Gaelic acapella harmony singing as the choirs warm up for their competitions in an hours time. I’m looking forward to hearding them all on stage. 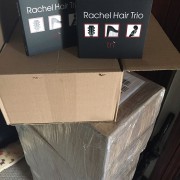 So, with the album… the end is in sight! It is officially released a week on Monday, Monday the 15th of June. I’m going to have this blog as the “in between” blog, from what I’ve been up to since the album got back from the makers. It’s essentially been a few months of dealing with PR and distribution. I have it back with me and I’m VERY pleased with how it looks and sounds…

I self-release my album, which means I run my own record label… March Hair Records. This was very easy to set up and I explained about that in my last blog about PPL. I like having control over what I do so it’s one of the reasons I set up the label, and well it’s at this in between stage that there’s the most work to do as a my own record label.

These days fewer and fewer cds are being sold in shops and many are sold online. Distribution companies manage and distribute your cds to shops, and ofter also to the big online companies and at times, the download and streaming sites (such as iTunes and spotify). I send them cds and then they send them out to the shops.

I work with 3 distributors.

Proper Music: This is a major London based company and they distribute my album to UK shops (HMV etc) have it in UK online stores (amazon etc) and also handle worldwide digital downloads (iTunes) and streaming (spotify).

Highlander Music: Highlander music distribute my cds to the more local, tourist market in scotland. So any wee shops you find in the Highlands that sell Scottish music cds are usually supplied by Highlander.

Claddagh Music: They distribute my cd to shops and online stores in Ireland

Although I don’t make as much money when I sell through distributors, compared to when I sell the cds on my own website or at gigs ( I have to sell at a heavily discounted price as they and the shop they sell to have to make money), I find they are essential to making sure I have “presence” in a much saturated worldwide music market. I always try to buy cds direct from the artist, but many people will go direct to Amazon or iTunes to buy their music, so it’s essential to have my music on these sites. My distributors let me know monthly, or quarterly what they’ve sold and in the case of Highlander and Claddagh, I invoice them and they pay me. Proper are fab to work with as they electronically invoice me themselves and I get automatically paid when I hit a certain amount.

There are other ways of getting your music distributed on a smaller scale. Many folk I know use the US based company CDbaby.com to get their music onto iTunes and the like. They’re good, but I find for me, with Proper I know that when we decide on a release date everything will definitely happen on that day, and that’s important to me. But for starting out, certainly investigate CDbaby.

In preparation for distribution I’ve been sorting out all the PR for the release. That involves having a press release sorted, getting the cds to reviewers, press, radio stations and redoing my website.

This time around I’ve decided to invest in a PR guy to handle all my UK press. In the past I’ve had good press and reviews in the Scottish newspapers and radio stations but I’ve struggled with the London based National press and radio shows. The guy I’m using has a very good track record so I’m hoping he gets results.

I used an experienced music writer here in Scotland to write my press release (essential to have this no more than one page long) which details what the album is about. My PR guy then combined this with another page detailing the track listing and my release history. He sends this and a copy of the cd out to and UK press.

I’m handing the international press myself. This means lots of unfortunately rather costly visits to the post office. It’s so pricey to send a cd to the USA!

I found the places to send through radio stations that have contacted me directly, trawling google and recommendations from other muso friends. Google radio station playlists that feature bands/musicians similar to yourself. Then email the radio presenter to see if they’d like your cd. 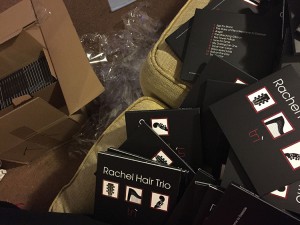 I like to put a wee personal note in with everything. Always nice to find common ground with who you’re messaging. These folk will get hundreds of CDs every year, and many will just be sent out like mail shots. I just think it’s nice to be nice… and it helps gets the attention of the person better, and things like taking the cd out of the plastic means they’re more likely to listen to it. Best to put on a good film when taking the plastic of cds as it can take a while…

Following up the cd via email is essential. Leave it a good few days after you think it’s arrived… it forces them to think about it again about it and hopefully then review it or play it on their radio show. Also, keep a note of all the places you send your music to. It comes in use for when you release your next cd.

My new website is almost finished. If you’re on the black/yellow/blue one you’re still on the old one. It will be launched sometime this week in preparation for the actual launch of the cd. In fact maybe I’ll do another blog on online PR.

You might have noticed I’ve been pre-selling my album on the site. If you’re quick you might be able to still get the goodie bag of accompanying album gifts! This was something I did to thank everyone who supports me and to thank them for pre-ordering. I’m going to be stopping the goodies bag when the new site is launced, so check now to see if it’s still on my site and available to buy at www.rachelhair.com/shop

So yes, that’s what’s been going on. Busy times. Now there’s a lot of waiting… and hoping that a) radio stations play it b) they like it c) press review it and d) they like it too! Fingers crossed…..