Many of you will know that January for musicians living in Glasgow means Celtic Connections, which kinda has a habit of taking over your life! So that’s my excuse for this late blog….

We’re currently back in Norway in the middle of another schools tour. This time the trio are in the city of Trondheim and playing a total of 26 concerts to over 4000 students aged between 13 and 16. We’re having total blast! The concerts have gone really well and we’ve managed to meet up with some Norwegian folk/roots musicians who are doing similar work in the city. 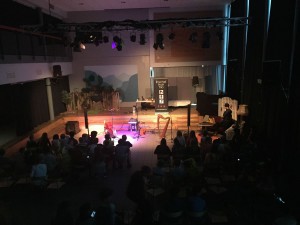 Trondheim is pretty far North in terms of what Norwegians term as North. There’s been lots of snow to contend with… thank goodness for winter stud tyres! 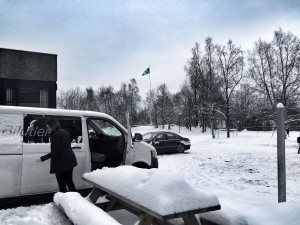 All is moving forward with the album too. Well, to be honest, not a lot has happened since the last blog! We were going to mix and master and be done with everything recording wise during the first week of January, except well, that would have meant doing some more overdubs and extra recording between Christmas and New Year.

We sat down (on the 27th of December) and decided that we needed a break, and the actual time to spend with our families… as one does at the festive period.

It’s so important to give yourself time when recording is concerned. I know we sometimes have deadlines to work too, but I really feel now that it’s important to leave factor lots of extra time in when recording. In case things go wrong; in case you want to spend more time on certain things, and well, you can burn out working solidly on a project so it’s important to take time out.

It turned out it was the best thing to do. It meant that we came back in the New Year refreshed and we were able to listen to the material with fresh ears, do some overdubs and also record some of the vocals for the songs. Our deadline was to get a 3 track promo disc ready for the Showcase Scotland trade fair at Celtic Connections (As I referred to in the 1st blog). I realised though that I could choose tracks that didn’t have any overdubs on it, and instead of using the final mix and master, Keir mixed the 3 tracks and we used the fab Chris Waite to master the 3 tracks. Iain Hutchison is the guy who we’re using for the final stuff… that’s in a few weeks time. We didn’t have to have the actual final printed product, so we were able to take time out instead, and do it this way round. 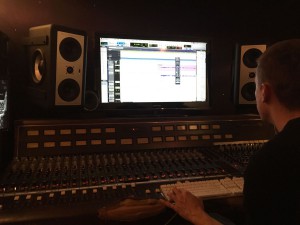 If you were a delegate at Showcase Scotland you may well have received a 3 track promo cd of the new album. ! I hope you like what you heard!

For now, we’ve another 4 days of concerts out here in Norway. Then it’s back to Scotland. We have 1 track left to record vocals on and then it’s mix and mastering time with Iain at Glo-worm.

We had a great night last night here in Trondheim. We went to see the fantastic Norwegian folk trio “Andreas Bjørkås Trio” (Andreas Bjørkås, Erlend Viken and Olav Christer Rossebø) at Antikvariatet. Such a cool venue, and totally suited to their music. 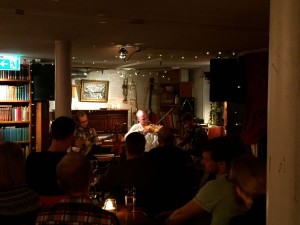 Afterwards there was a wee bit of a session with some of the other musicians we’d met at the weekend. Trondheim was treacherous with ice last night, so I didn’t want to chance walking to the venue with the harp. Jenn however had a total blast playing with them!