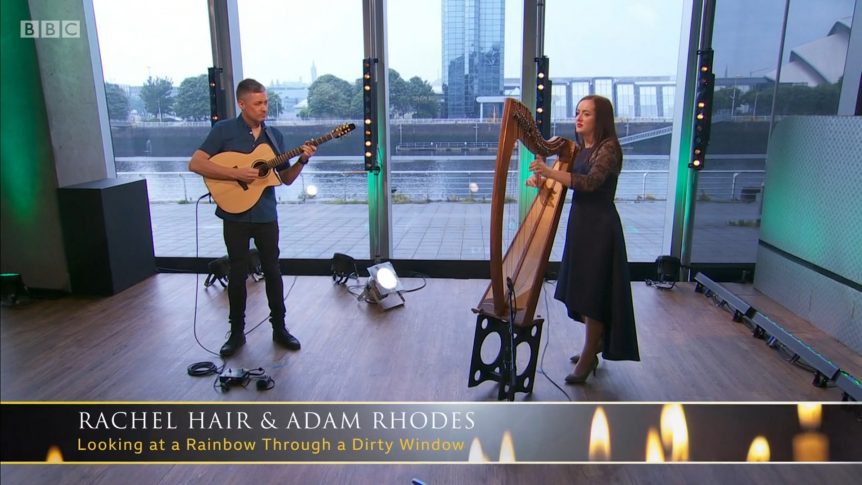 It was total pleasure to return and play for the final show of the BBC Scotland Reflections at the Quay, this time with my other half Adam Rhodes who joined me on bouzouki.

I’m really sorry – but you can only watch it if you’re in the UK (though some VPNs may allow you to see it!)

🌈 Somewhat suiting that of the three tracks we filmed for them, they decided to show Calum Stewart’s tune “Looking at a Rainbow Through a Dirty Window”.

When I played for the first episode of Reflections, it was broadcast the day before lockdown began in March, a time of real uncertainty.

Now the final episode of the series has been broadcast, we have a lot more hope that things are gradually getting better for us.

Calum’s beautiful melody is a tune about hope – the dirty window can represent the not so great things that are happening in our lives, but if we look through it we’ll see a rainbow, and that there is always something positive to hope for…

🙏  Thank you so much to the team at the BBC for inviting me to play. Really was lovely to be the first and last performer for the series!